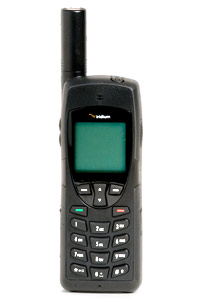 A satellite phone, or satphone is a type of mobile phone that connects to orbiting satellites instead of Ground Towers. They provide similar functionality to mobile phones; voice, short messaging service and low-speed internet access are supported through most systems. Depending on the architecture of a particular system, coverage may include the entire Earth, or only specific regions. Satellite phones Normally have a large retractable antenna or large dish type antennas. Some satellite phones are similar in size to a regular mobile phones were others are the size of a large case. A fixed installation, such as one used aboard a ship, may include large, rugged, rack-mounted electronics, and a steerable microwave antenna on the mast that automatically tracks the overhead satellites. Satellite phones have notoriously poor reception indoors, though it may be possible to get a consistent signal near a window or in the top floor of a building if the roof is sufficiently thin. The phones have connectors for external antennas that can be installed in vehicles and buildings. The systems also allow for the use of repeaters, much like Normal mobile phone systems. Satellite phones may be seen at first aid posts on camp grounds were mobile phone signals are not preset or when in very remote location, Satellite phones are also carried by some specialist emergency services units

Some satellite phones use satellites in geostationary orbit (fixed Orbit), which are meant to remain in a fixed position in the sky. These systems can maintain near-continuous global coverage with only three or four satellites, reducing the launch costs. The satellites used for these systems are very heavy (approx. 5000 kg) and expensive to build and launch. The satellites sit at an altitude of about 35,000 kilometers (22,000 mi); a noticeable delay is present while making a phone call or using data services due to the large distance from users. The amount of bandwidth available on these systems is substantially higher than that of the Low Earth Orbit (LEO) systems making them more suited to high speed data applications like the internet, units capable of sending high power signals are also required as the distance the signal must travel is allot more than in LEO systems. Geosynchronous network hardware is often larger than LEO equipment around the size of a large case. Another disadvantage of geostationary satellite systems is that in many areas—even where a large amount of open sky is present—the line-of-sight between the phone and the satellite is broken by obstacles such as steep hills and forest. The user will need to find an area with line-of-sight before using the phone. This is not the case with LEO services: 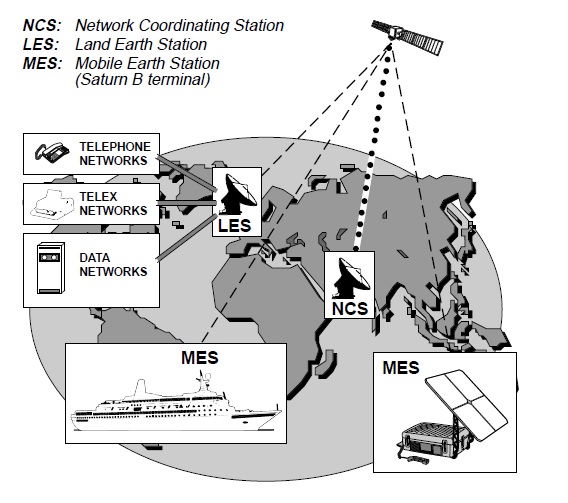 LEO telephones utilizes LEO (low Earth orbit) satellite technology. The advantages include providing worldwide wireless coverage with no gaps. LEO satellites orbit the earth in high speed, low altitude orbits with an orbital time of 70–100 minutes, an altitude of 640 to 1120 kilometers (400 to 700 miles), and provide coverage cells of about (at a 100-minute orbital period) 2800 km in radius (about 1740 mi). Since the satellites are not geosynchronous, they must fly complete orbits. At least one satellite must have line-of-sight to every coverage area at all times to guarantee coverage. Depending on the positions of both the satellite and terminal, a usable pass of an individual LEO satellite will typically last 4–15 minutes on average; thus, a constellation of satellites is required to maintain coverage 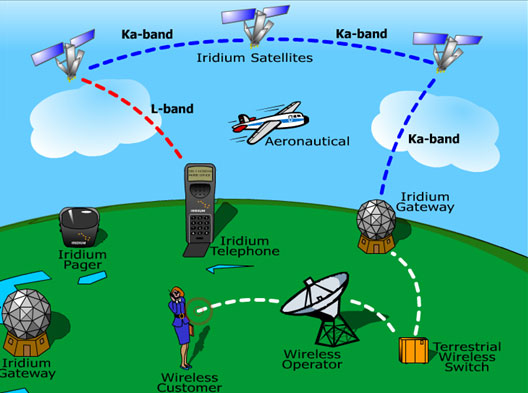 Cost of a Satellite phone

While it is possible to obtain used handsets for the Thuraya, Iridium, and Globalstar networks for approximately US$200, the newest handsets are quite expensive. The Iridium 9505A(for LEO), released in 2001, sold in March 2010 for over $1,000 USD new. Since satellite phones are purpose-built for one particular network and cannot be switched to other networks, the price of handsets varies with network performance. If a satellite phone provider encounters trouble with its network, handset prices will fall, then increase once new satellites are launched. Similarly, handset prices will increase when calling rates are reduced. Among the most expensive satellite phones are BGAN terminals (Most often Geostationary systems), often costing several thousand US dollars. These phones provide broadband Internet, voice and fax communications. Satellite phones are sometimes subsidised by the provider if one signs a post-paid contract but subsidies are usually only a few hundred US dollars or less. 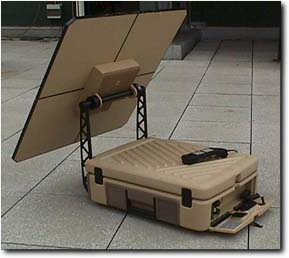 The cost of making voice calls from a satellite phone varies from around $0.15 to $2 per minute, while calling them from landlines and regular mobile phones is more expensive. Costs for data transmissions can be much higher. Voice call Rates from landlines and mobile phones range from $3 to $14 per minute. The receiver of the call pays nothing, unless he is being called via a special reverse-charge service. Making calls between different satellite phone networks is often similarly expensive, with calling rates of up to $15 per minute. Calls from satellite phones to landlines are usually around $0.80 to $1.50 per minute unless special offers are used. Such promotions are usually bound to a particular geographic area where traffic is low. Most satellite phone networks have pre-paid plans, with vouchers ranging from $100 to $5,000. 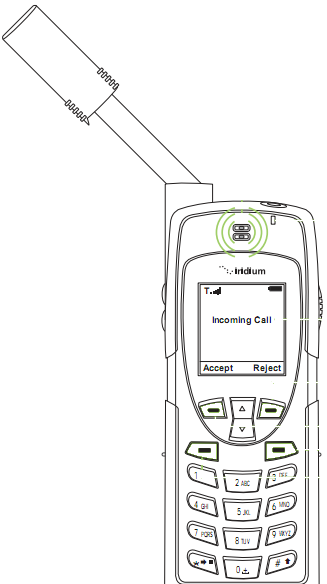 Despite how a Satellite phone Looks it does not work the same as a mobile phone in most cases when you switch the phone on you have to hold off making a call until a suitable Satellite fly over head or the unit is aligned to a satellite the phones normally display ’s [Searching For Network] or like until it connect with a Satellite once they do the phone will show [Register] or connected. One that is shown you can send or receive calls. But it is possible that the conversation may drop out at any time as the Satellite moves and if there is not another Satellite to pick up your signal in the case of a LEO system. It also helps if you extend the antenna when using the phone or position the antenna towards the Satellite. If you are using a LEO Satellite system it is recommended that you keep your conversations short so as to avoid drop out, and then there is the cost of the call. When you make a call you must always enter the country code for the country you are calling as part of the number even if you are in it. For Australia this is +61 if your phone douse not have + you can use 0011. When receiving a call most units will show [Incoming Call] or similar if you see this extend the antenna (if using a LEO) and then press answer like you would on a normal phone

2. You will be asked if you require police, fire or ambulance. Select the service you require.

3. You will then be connected to an emergency call operator who will ask you a series of questions.

4. You will have to explain you are calling from a Satellite Phone you will be asked to provide the Town and State details of the Emergency. This ensures you are connected to the correct locality for response.

5. It is vital to ensure that the correct information is provided so that the emergency service requested can attend your situation.

It is important to remember that the questions are asked to provide you with the best and fastest service for your needs. In time-critical situations the emergency services are being dispatched while you are being questioned. Your information will continue to be updated throughout the call.


Using your Satellite Phone in an emergency

• Power on the Satellite Phone.

• Dial Triple Zero (000) or 112 depending upon your service provider’s instructions.

• Press the send key. Verbally report the situation and your location to the operator for assistance. Most services do not provide enhanced emergency calling service which automatically identifies the caller location.