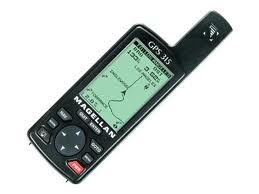 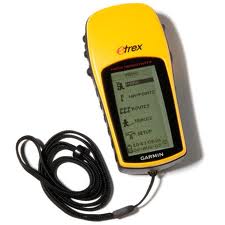 Above is pictured a Magellan 315 GPS and a Garman eTrex H, both are examples of a typical Navigation GPS there are many different designs and makes but all unit work roughly the same the only differences are the naming and layout of screens and such, a Navigation GPS dose not show roads street addresses but can display compass bearings latitude and longitudes and some modals can even show Topographical information (Topographic Maps). It is possible that you can get a unit that will do Vehicle and Navigation as well as Marine Navigation but the more complicated you go the higher the price tag. A Navigation GPS is designed for Someone who understands mapping and Compass’s it is not something every one can use right off the sheath, it is recommended that you familiarise you sleuth with your GPS well before you take it on a trip. In an emergency you can give the Emergency services your position as a WGS84 or a latitude and longitude make shore they understand which system you are using. They may ask for cross street give them one if you can. 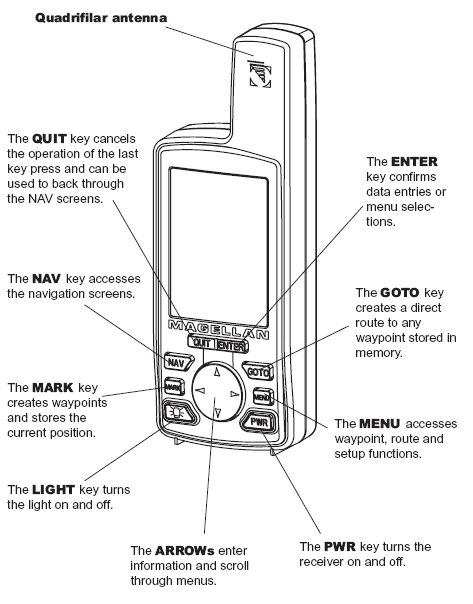 The Status screen gives us an idea of the number as well as the positions of the available satellites and the power and type of navigation system being used. All GPS’s have some form of this screen 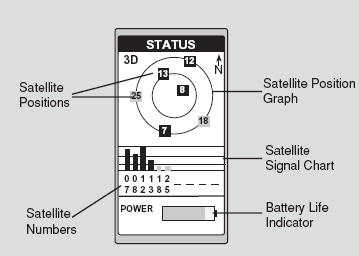 Satellite Positions: Where the satellite is located relative to your position. You are always in the centre of the inner ring.

Satellite Numbers: Identifies the satellite shown on the chart and on the Satellite Position Graph.

Satellite Signal: Chart Displays satellite signal strengths shown in grey for weak signals and black for strong signal on a black and white screen. When the receiver first tracks a satellite, the strength bar will not be solid black until enough data is collected. This takes about 30 seconds if uninterrupted signal.

The Position screen shows the current location of the unit as well as Speed, time, date and lots of other useful information, all Navigation GPS have this ability 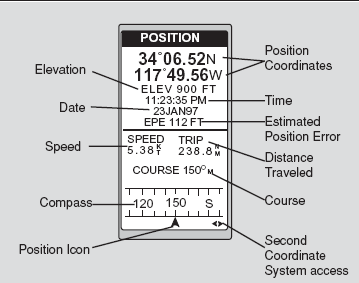 Position Icon: Your current position on the compass. Acts like the north on a compass used to take a bearing. (Note you must be moving) if you do not have a flux gate compass installed

The map screen is used to show us were we have been and how close you are to waypoints and such, this can also sometimes show topographic data or road maps as well 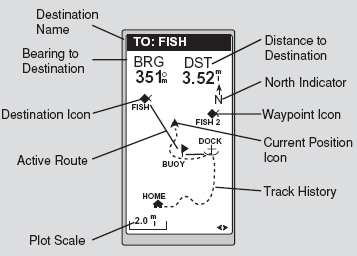 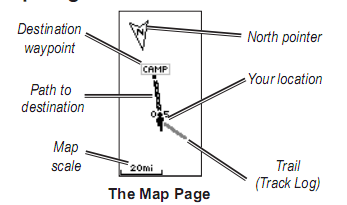 Active Route: Indicates the direction required to reach your destination. Plot Scale Can be changed 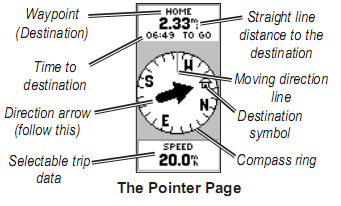 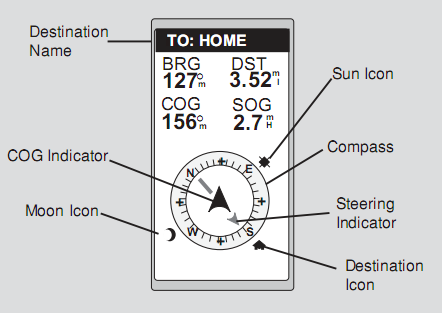