The knowledge of where you are is a powerful tool indeed. Imagine being able to locate a favourite fishing hole or campsite.

The Global Positioning System (GPS) was designed for the US government to provide a personal positioning system for both military and civilian users. With a hand-held GPS receiver, you can determine your position, bearing, and speed, record waypoints and routes, and use a computer interface to plot your course on a map or to transmit your location to others.

Now that hand-held GPS receivers are affordable to the average person, more and more people are taking advantage of this powerful technology. How does GPS work? What do you need to know about GPS to intelligently buy a receiver?

How It Works—The Short Story

The Global Positioning System is comprised of 28 Earth-orbiting satellites, each at an altitude of 12,500 miles and moving in orbits inclined 55° relative to the equator. Each satellite orbits the Earth about once every 12 hours. These GPS satellites are essentially orbiting beacon stations transmitting on 1575.42 MHz. 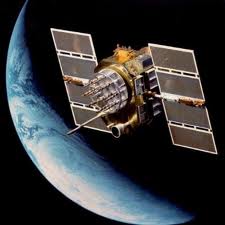 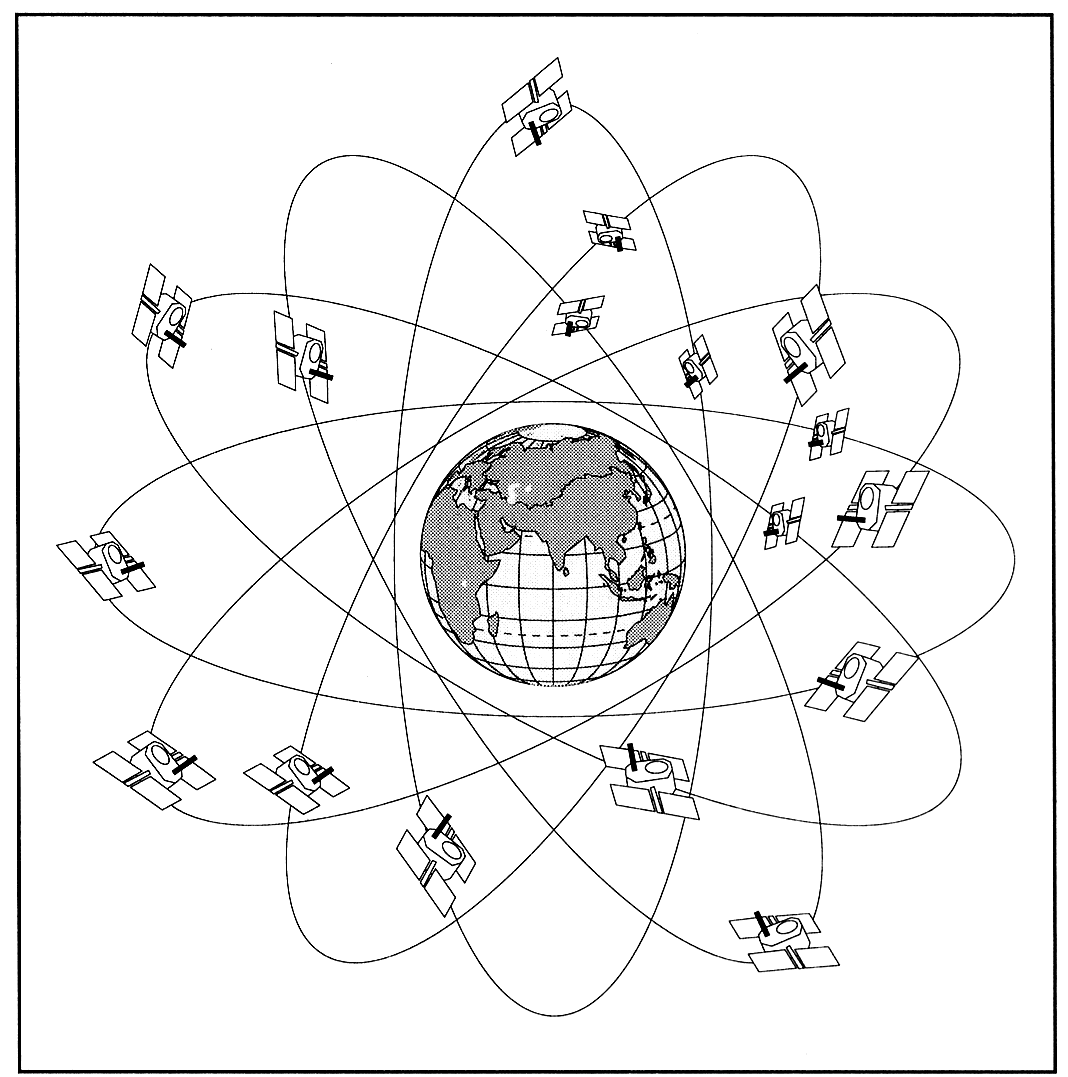 The GPS satellite constellation is a technological marvel, not only because of the satellite complexity itself, but also because of the difficulty of operating such a constellation and keeping the satellites in precisely defined orbits. Because the satellites must transmit very accurate time for the navigation technique to work, each satellite carries highly accurate (and very expensive) cesium- or rubidium-based oscillators as precise time and frequency references. Down on terra firma, a GPS receiver must pick up beacons from at least four GPS satellites to determine your location. As small and attractive as it may be, there is nothing "ordinary" about this device. It's a sensitive spread-spectrum receiver, an ultra-accurate clock and a sophisticated mathematical calculator. Once the GPS receiver is dancing in step with the transmitter, so to speak, the receiver grabs the data it needs from the satellite's signal. To calculate the distance to the bird, the GPS receiver must be able to determine the time difference between the moment the data was sent and the moment it was received—the total time required for the signal to travel between the satellite and the receiver. Since the signal moves at the speed of light (300,000 km/sec) the receiver can easily calculate the distance based on the travel time

The transmission time is sent by the satellite itself (in what is known as a nav message) and the reception time is determined by the receiver's internal clock. For this technique to work with the kind of accuracy we expect, however, the GPS receiver needs a clock as accurate as the satellite clocks. This would require a very expensive clock indeed! To keep GPS receivers affordable for everyone, a fourth unknown quantity, the clock offset, is calculated from the range measurements made by the receiver. The clock offset, when combined with the super-accurate time markers transmitted by the GPS satellites, permits the receiver to display the time to less than one microsecond error, and to perform highly precise ranging. By combining the measured distances between you and the various satellites, the receiver can pinpoint your location anywhere on the globe. 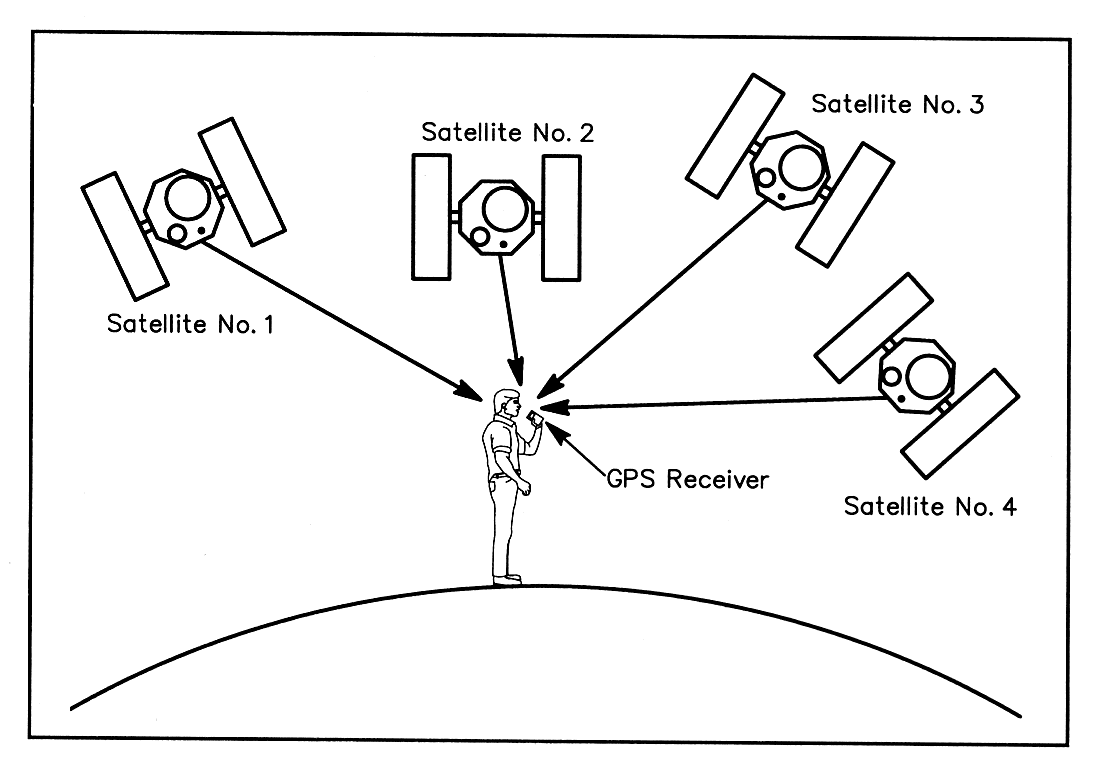 The instant you switch on your GPS receiver, it begins scanning for signals from satellites. Within seconds it acquires the signal from the first satellite (satellite number 1 in this example) and calculates the distance between the satellite and you. It does the same to satellite number 2 soon thereafter. Now it has enough information to calculate a rough latitude and longitude, but more data is still needed. Calculating the distance to satellite number 3 gives the Receiver enough information to determine your locasion as a 2D lock. The range calculations to a fourth satellite (satellite number 4) are then added, to determin your higth above see level if a 5th satllite is found the GPS can determine the clock offset giveing a very accurate locasion.

At a given time, anywhere from five to ten satellites may be in view, depending on the time of day and your location. How does the receiver know which satellites are in view? It keeps an internal almanac of all the GPS satellites, in memory. This almanac is updated continuously via the nav message when the receiver is operating.

Way points or Land marks are a set of Coordinates sorted in the GPS’s memory they can be named give a picture, they are often used to mark a fishing spot, were you left the car the site of the camp pretty much what ever you whish. It is possible to get the GPS to glide you back to the same spot, in the case of a Vehicle GPS’s way points are things like speed cameras, red light cameras, street addresses, school zones. With Vehicle GPS’s all the way point stuff is hidden in the software but it is there nun the less

3D Navigation is the best navigation fix you can get on a standard GPS, this will give you the Latitude, longitude, time and height above sea level, to achieve this you must have a minimum of 4 Satellites locked in with good signal

Bearing relates directly to the bearing you are on just like if you were using a compass. Note, the Bearing is only valid if you are moving unless your GPS has a Flux gate compass installed always assume it douse not have one

the Age-old question how long until we get there

how far you are off Track