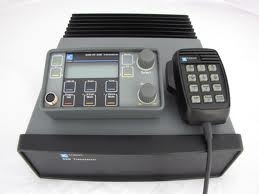 In some cases a location is so remote that even UHF and VHF radios can not reach another user, places like these included but are not limited to deserts, and vast areas of bush, the basic problem with these areas is there is no one around for 100’s of km’s all around VHF and UHF signal cannot reliably cover that distance, in this situation you could use a satellite phone/BGAN terminal or a HF radio, Australia has a proud history of remote communications using HF radio, most HF radios are large and bulky and normally mounted in a vehicle making them hard to transport, currently there are a number of systems available.

Sellcall is a system that operates like a telephone; the radio is programmed with its own unique Selcall identification number in the case of HF services it is also your call sign. If this number is called by another radio your radio will beep to alert you. If you do not wish to hear any other activity while waiting on a channel, you can activate a quiet mode; the radio will then remain quiet to all incoming signals until your Selcall number is called this system can be used as a paging system or a way minimise traffic on a channel or to ping a base station

Beacon Calls are used on to test if a radio path to the station is open HF radio can fade in and out very quickly and it is important to make shore that a reliable communications path is available. When a Beacon call is used a small bit of data is sent over the air to the base station and if received the base will automatically respond with a tone, this then tells you that you have a reliable communications link at the current time and you may now make a voice or telephone call to that base, if you do not hear the tone then there is no link so try another frequency of base

Voice calls are made by putting in the Sell call number or call sign of the station or base you wish to talk with and hitting send, this will send a small data signal over the air and if the station you are wishing to contact is in range their radio will alarm and send a tone back to you to say the signal has gone throw. The person on the other end if they can will then call to you using their voice and you can have a chat, the other person will know who called them because your Sell cal number / Call sign will be shown on the screen

Most HF networks provide the ability to connect to the standard telephone system over the HF radio, note that is system is not securer and anyone with a HF radio can lessen in to the conversations, a phone call can only be carried by a base station by sending what is called a TEL call with is a sellcal number followed by a standard phone number, the link is only one way at a time so only one person can talk at a time also on compression of the call the user must hang-up the phone at the base by sending a disconnect Sellcal number. Phone calls are normally changed to your account with the network owners at a rate per minette.

All HF networks have the ability for emergency calls, almost all HF radios have a Emergency or alarm button on them. Basically to operate chose a channel and hit the button, a digital signal will be transmitted and any base station in range will pick it up and send a tone back saying it got there. In the base station the operator will be immediately alerted and will call back to you using voice to ask the details of the emergency, pleases note doing this is the same as calling 000, if you do not get a tone back change the channel and try again.

Skids are meeting of radio users on a sated channel at a sated time to check in things like locations, welfare and to pass any non critical messages to the users, all bases host a skid at some time

All HF Services have a number of frequency’s for the users to chose from this is very important as depending on time of day and wether the range can change dramatically on different HF frequency’s. The basic rule of thumb is the higher the sun in the sky the higher the frequency you need to use to achieve communication over distance. At night signals travel longer distances were at mid day the signals do not go as far. Working out which channel to use where and when is more art than science and takes allot of practise. 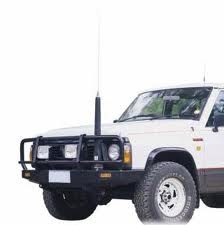 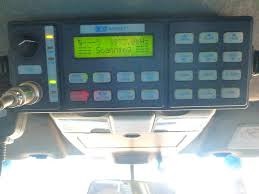 Most HF radio Equipment is Vehicle mounted due to is size, most HF antennas are also very large and hard to handle. To add to this problem most HF radios requires a large power supply to run them, in some cases a user can install a Corse Patch unit that will link the HF radio to a smaller UHF or VHF unit in the Vehicle the user can the n carry a portable radio with them the only problem with this is that the user must be in VHF or UHF range of the Vehicle to use the HF Radio 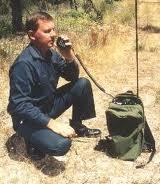 Man pack Equipment is a HF radio mounted in a backpack they often cay their own power supply antenna and all accessory’s this type of unit is used allot by emergency services and military in remote areas. A Man pack does not have the same coverage or power of Vehicle unit as they often run lower power levels and have heavily loaded Antennas which result in deceased performance. Man packs also do not have a long operational life due to limitations of battery size, some units have winders to provide a recharge in the felid from turning the handle as an option. Man packs can be very useful at times as they do allow the user to transport a HF radio to an extremely remote location, they are a trade off between being portable and performance. I have seen them deployed from helicopters in bush land, due to the batteries they are also very heavy it is common for them to come in at 5 to 10KG per unit which dose not seem much but when you add water, a tent cloths food to the pack you can get up to 20KG very fast. lugging one around is taxing

3. Someone will respond most likely a base station, Respond with the nature of the incident, exact location and other information. The Monitor will ask you for the information that he/she needs in order to notify the required services.